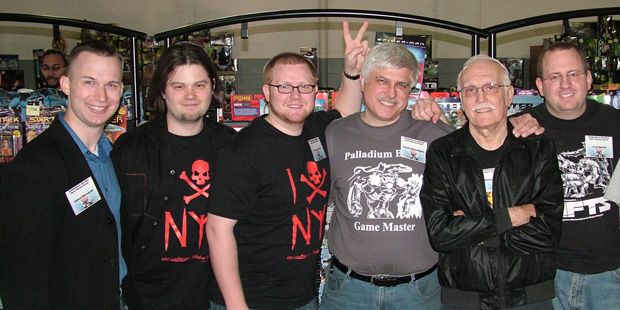 The first published product was The Mechanoid Invasion® Trilogy, an offbeat science fiction game that came in three parts and became a cult classic. The Palladium Weapon Series marked the company’s first quiet hit in 1982. The Weapon Series was based in real world history and filled with line art of weapons, armor, castles, stats and information that every fantasy gamer could use regardless of the game system played. The first two books in the series, Weapons & Armor and Weapons and Castles, both sold more than 100,000 copies each, but the Palladium Fantasy RPG®, released in 1983, was Palladium’s first successful, major role-playing game line. It was also the reason Kevin had started the company. (See more about this under Kevin Siembieda’s bio.) 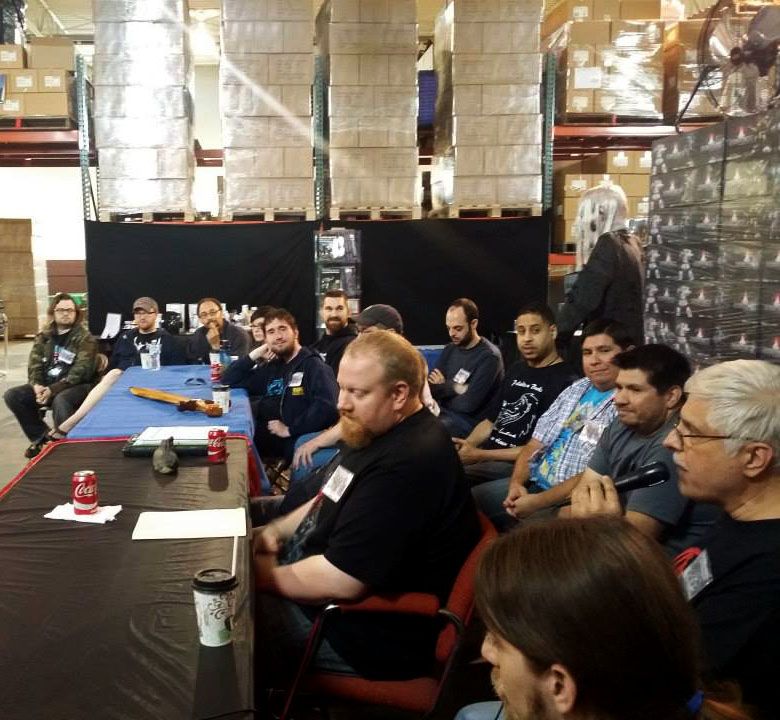 Palladium Books is a publisher of pen and paper role-playing games and supplements/sourcebooks as well as art books, art prints, T-shirts and other products related to its games. Palladium can be a silly and informal place to work. Blue jeans and T-shirts are the norm and laughter is a common sound. The crazy crew loves role-playing games, books, videogames, comic books, film, theater and television.

The company’s stock and trade is what we love best: storytelling, adventure, and getting people to unleash their imaginations via the role-playing game experience. We’re looking forward to comic books, videogames and film potentially being in the company’s future as Palladium expands into other entertainment markets.

The staff is like a family or a band of brothers forged in hardship and triumph. They are serious about their work, but never lose sight of the fun or wonder of it all. For them, it’s all about the fans, fun, and creating worlds of adventure that send the imaginations of their audience soaring. Palladium creators understand the people they write for, because they are all fans themselves. Every game and product published by Palladium is designed with the players in mind and places an emphasis on story, characters, fun and what chief game designer Kevin Siembieda calls “wow-factor.” 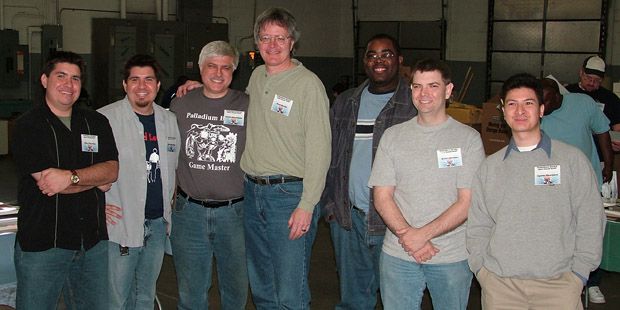 “You need to know your audience and write for them, from the heart. It’s always about the players, their characters and great stories,” says Kevin. “Oh, and fun. We make games. Games need to be fun. I try to make sure everyone at Palladium Books never forgets that. We create dynamic worlds that bring people together in adventures they remember with fondness forever. It doesn’t get better than that.”

Palladium Books was started in 1981 by Kevin Siembieda, a struggling artist and gamer. The company was launched from his tiny, two-bedroom, Detroit home with a dream, an overactive imagination, and three thousand dollars, half of which was borrowed from a friend’s mother. The office was a bedroom, the art and production studio was his dining room and the warehouse was the back porch. The founder, game designer, writer, artist and staff started out as a one man-show, Kevin, with a little part-time help from friends like Alex Marciniszyn, Erick Wujcik, Tony Falzon and William Messner-Loebs.